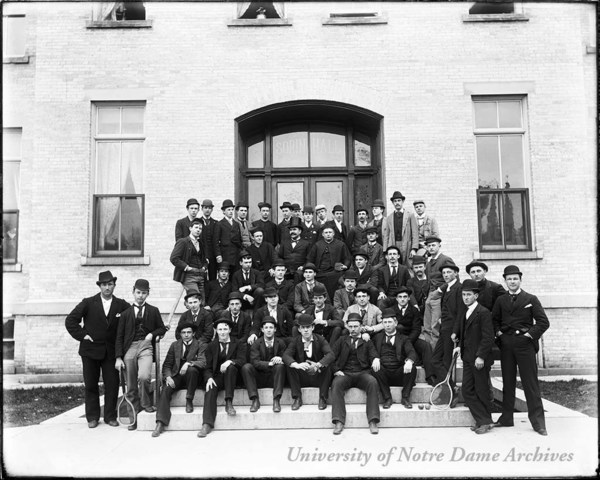 Prior to the opening of Sorin Hall, the first Catholic college dormitory in the United States with private rooms, Notre Dame students slept in wide open rooms in the Main Building with rows of beds. They studied in open areas filled with desks. Fr. Sorin had noticed that a few especially good students who were given private rooms continued to perform at the highest levels so as not to lose the privilege. He decided to expand the trial into the University’s first dormitory, which was built in 1888 and was to be named Collegiate Hall. When Fr. Sorin unveiled the cornerstone for a blessing on the fiftieth anniversary of his ordination as a priest, he discovered that the building would be named in his honor instead.

In January 1889, Scholastic announced the news. “Sorin Hall, the home of the scholar, the resort of the student, was thrown open on New Year's Day and the fortunate possessors of rooms, returning from their holiday vacation, found their new home ready for occupancy,” it read. “The house is replete with, all the modern conveniences; and the rooms, fifty in number, are large enough to encourage study and at the same time small enough to discourage visiting.”