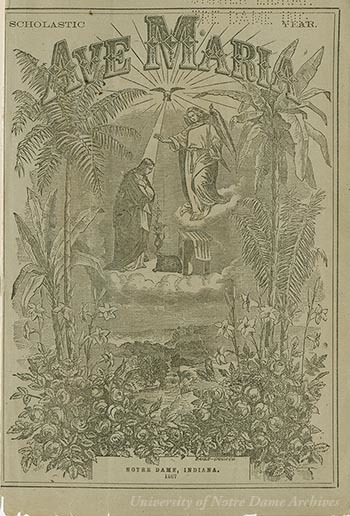 In 1865 Fr. Sorin acted on a plan to create a periodical to increase devotion to the Blessed Virgin among American Catholic families. Soon a weekly magazine, Ave Maria, was produced for a rapidly growing subscription base.

In 1970 the Ave Maria magazine ceased circulation, but the book publishing activities remained. Today Ave Maria Press is a major Catholic book publisher owned by the U.S. Province of the Congregation of Holy Cross. It remains true to Fr. Sorin’s vision to honor Mary and act as an outlet for Catholic writers.